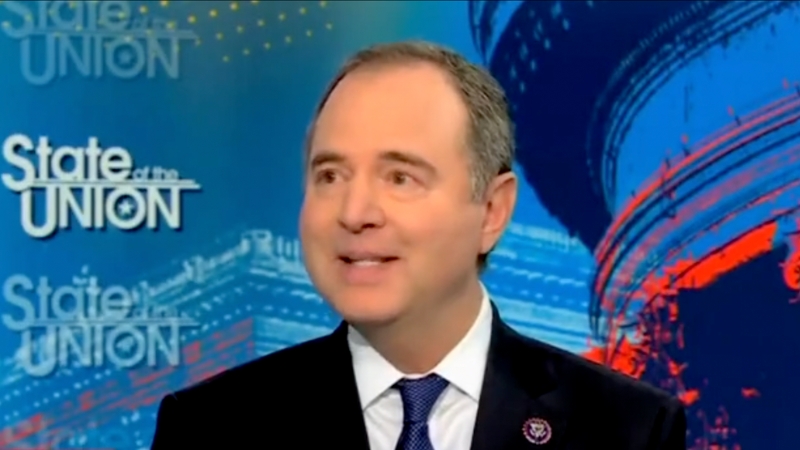 A brief batch of Twitter Files dropped on Friday by Matt Taibbi shows that staff of House Democrat Adam Schiff were in frequent communication with Twitter to demand the removal of content from the platform. Documents show that the DNC and Schiff made requests to remove a “Peter Douche” parody photo of Joe Biden after President Donald Trump retweeted the photo.

Twitter refused to remove the photo, with Trust and Safety chief Yoel Roth saying that it had obvious “humorous intent” and that “any reasonable observer” could tell that the photo was edited.

Schiff's staff did not lay off, however, claiming that there was a “slippery slope concern” to be had.

Taibbi wrote that even when Twitter did not suspend accounts, they would often act against accounts. “Schiff’s office repeatedly complained about “QAnon related activity” that were often tweeting about other matters, like the identity of the Ukraine “whistleblower” or the Steele dossier.

“Schiff’s office had a concern about “deamplification,” though: it might make it harder for law enforcement to track the offending Tweeters,” Taibbi wrote.

This reinforces previous Twitter File drops that showed that Schiff lobbied the big tech platform to ban journalists and even ideas.