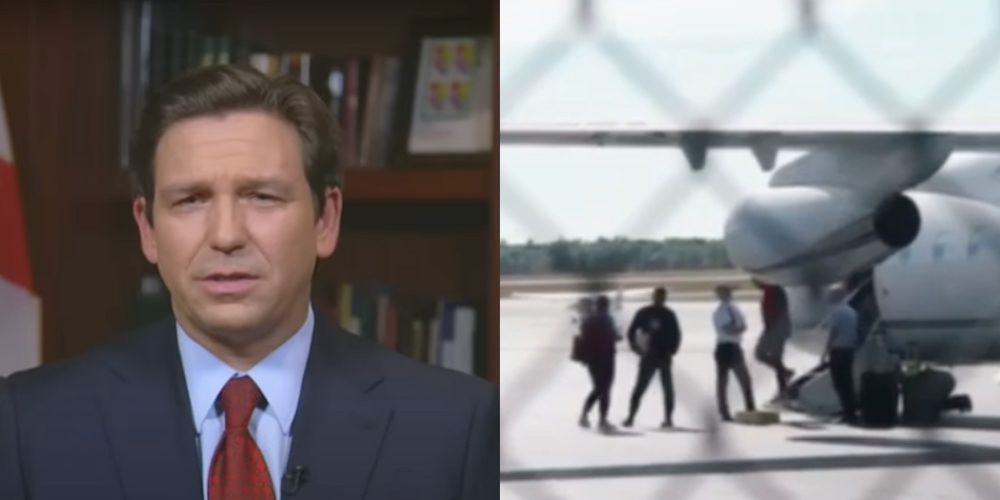 On Tuesday, the group of migrants filed a class-action lawsuit against DeSantis and Florida’s transportation department, claiming that they had acted illegally in flying the group of illegal immigrants to the Massachusetts island.

According to The Hill, the lawsuit was filed in federal trial court in Massachusetts, and alleges that the migrants boarded the plane “under false pretenses.”

A network of groups supporting immigrants, Alianza Americas, filed the suit with three unnamed migrants that were relocated, and claimed that the action “also constituted intentional and negligent infliction of emotional distress, false imprisonment and fraud,” according to The Hill.

The suit claims that migrants “are pursuing the proper channels for lawful immigration status in the United States,” and “experienced cruelty akin to what they fled in their home country” during the events that led up to them being sent to Martha’s Vineyard.

They argue that DeSantis and his transportation department “manipulated them, stripped them of their dignity, deprived them of their liberty, bodily autonomy, due process and equal protection under law, and impermissibly interfered with the Federal Government’s exclusive control over immigration in furtherance of an unlawful goal and a personal political agenda.”

The suit alleges that the migrants were staying at a Texas migrant shelter when they were informed that they’d be flying to a northern city, whereupon they’d be taken care of. It was only while in the air, they claim, that it was revealed they were going to Martha’s Vineyard.

The migrants argue in the suit that DeSantis’ actions constituted intentional and negligent infliction of emotional distress, false imprisonment. and fraud, and violated their Fourth and 14th Amendment rights as well as the Civil Rights Act of 1964. They seek to deem the practice illegal under federal and state law, and prevent Florida from repeating it.

Aside from the class-action lawsuit, DeSantis is also facing investigation by a Texas sheriff. The Biden administration has also hinted litigation may be on the table.