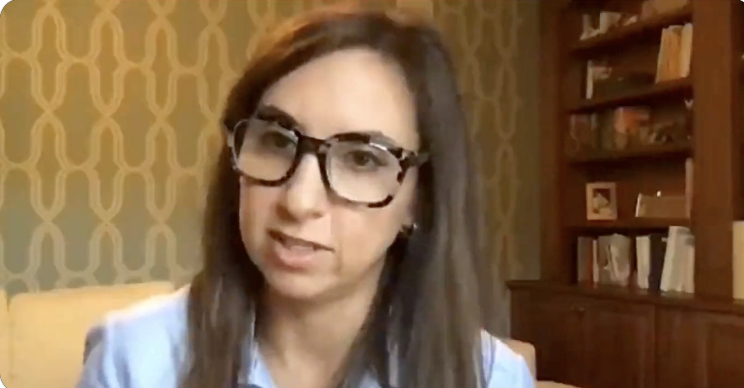 A video emerged recently of the director of the gender clinic at Boston Children’s Hospital explaining that puberty blockers can lead to infertility, while the hospital’s website claims that the experimental drugs are “completely reversible.”

“Children and adolescents who are in puberty may choose to pause puberty using puberty blockers,” explains the hospital’s website. “These are temporary medicines that are completely reversible, they do not cause any permanent changes.”

Carswell uses the example of a “12 or 13 year-old testicle-bearing person who hasn’t really had too much puberty” to explain that putting in a puberty blocker at that early stage of development and following it with estrogen leaves the young person infertile.

“That’s a big deal. That’s something you must have the conversation about,” she says, implying that with adequate explanation a child of 12 or 13 could consent to signing away their future fertility, a way of thinking that contradicts every single child and adolescent development model in existence.

Many gender programs for adolescents across the country include access to fertility clinics for the purposes of freezing eggs or sperm so that if the child becomes sterile due to medical gender transition, they can try to make use of their material in the future.

Carswell was then asked by an audience member at the Advancing Excellence in Transgender Health 2020 event whether there could be an issue with orgasm later in life if puberty is blocked too early, and the expert in gender medicine who oversees the medical transition of minors was unable to answer, saying “that’s a really great question and one I don’t know … I don’t believe so, but I can’t answer that fully.”

However, Dr. Marci Bowers, President Elect of the World Professional Association for Transgender Health, said recently that “every single child who was truly blocked at Tanner stage 2 has never experienced orgasm … it’s because they are never in their lives exposed to testosterone. That doesn’t change.”

Previous investigation by Lindquist had revealed that Carswell received $3,055 from Endo Pharma, makers of the puberty blocker Supprelin LA.

In other clips shared by Lindquist on Twitter, Carswell says she worries that puberty blockers are “being given out like candy” which she feels “is great in some ways” but that a conversation needs to be had.

She also describes feeling anxious about how “providers get very very very swayed” by their patients to an extent she has never observed in medicine before.

Carswell also explained how children can know they are transgender practically from the moment they are born, and that playing with certain toys or refusing a certain haircut is indication of that. That video has now been taken down from the Boston Children’s Hospital website.

“We have parents who tell us that their kids they knew from the minute they were born practically,” Carswell said, before going on to describe a child’s unwillingness to adhere to gender stereotypes as evidence of being trans.