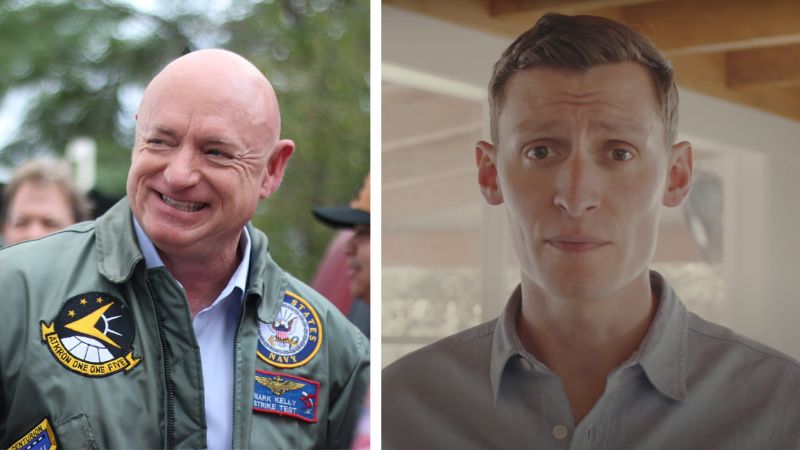 On Thursday morning, Arizona Senate Candidate Blake Masters declared on Twitter that he is against the medicalized gender transitions of children, and said that his opponent, Democrat incumbent Sen. Mark Kelly, was not.

“I oppose child sex-change operations. Mark Kelly does not. Arizona, the choice is yours,” Masters wrote.

Masters’ statement on Twitter comes after Project Veritas Action released a video showing a campaigner for Mark Kelly lying about his stance on abortion in order to get more moderate and republican votes.

Kelly “can’t be too far-left leaning otherwise that’ll scare away a lot of those independents, and that’s 40 percent,” said Evynn Bronson, Campaign Field Organizer for Mission For Arizona.

She added that Kelly “can’t win with just Democrat votes,” and that “he has to play both sides.”

Masters’ declaration on Thursday follows in step with his fellow Republican facing a highly watched election this year.

In March, Kari Lake, who is running for governor of Arizona, wrote on Twitter, “A child’s gender is determined by God at conception, NOT by some Woke Teacher in the 3rd grade. This insanity must end.”

In August, Lake posted an excerpt from a book found in the Chandler School District, which read, “When people look at George, they think they see a boy. But she knows she’s not a boy. She knows she’s a girl.”

“This book was found in the Chandler School District. I’m not exaggerating when I say this — they are coming after our kids,” Lake added. “Not on my watch, Arizona.”