Biden’s Democrats spend money on everything EXCEPT border security 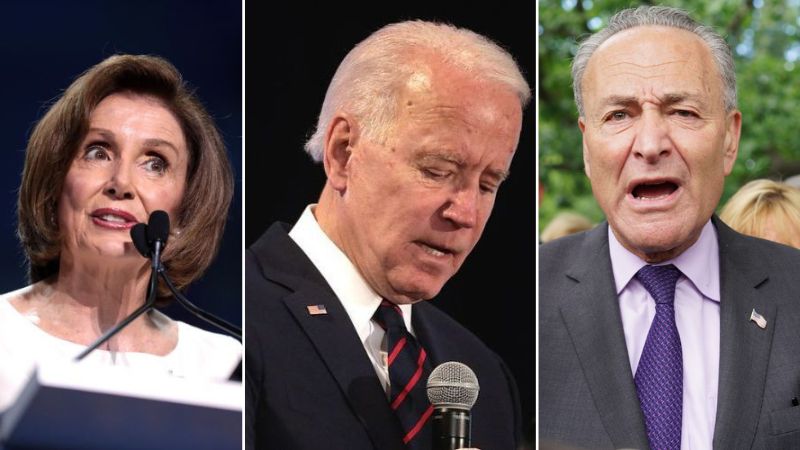 The Biden administration and the Democrat-led Congress provided little to no additional funding to the US Customs and Border Protection (CBP) nor to US Immigration and Customs Enforcement (ICE) in the 2022 fiscal year, despite a historic surge in illegal immigration throughout the year.

Fox News reports that data released by the Treasury Department shows CPD gained no additional funding and spent the same numbers as 2021, $17.8 billion, while ICE spent $8.9 billion, up 8 percent from 2021’s $8.2 billion.

The Biden administration and Congress have spent over $60 billion funding the war in Ukraine, a student loan forgiveness plan that will cost $300 billion and $980 billion over the next 10 years, a $739 billion Inflation Reduction Act from August, and the $1.9 trillion American Rescue Plan and $1.2 trillion infrastructure bill spending plans from 2021.

The 2022 fiscal year ended on September 30. Both ICE and DPS are tasked with enforcing immigration laws along the border while DPS runs Border Patrol and ICE deals with immigration law enforcement within the US.

“This administration has even gone on to brazenly claim that the border is ‘secure’ and the border is ‘closed,’ despite astounding evidence to prove otherwise,” said New York Republican Congressman John Katko.

“It should come as no surprise that this administration has not prioritized providing the right resources and policies for CBP to effectively do their jobs,” Katko said. “As the president and his administration continue to turn a blind eye to the humanitarian crisis at the border, House Republicans will be ready on day one of a Republican majority to deliver real solutions to the border crisis.”

“We are facing the largest border security crisis in our history and this budget clearly shows the president is unwilling to do what’s necessary to get this crisis under control,” said Brandon Judd, the National Border Patrol Council President, adding, “Unfortunately, President Biden cares more about politics and appeasing the far left base than he does in protecting our children, families, friends, and neighbors.”

Biden’s border crisis has seen a record-high number of illegal immigrants pouring into the United States month after month. There were 2,378,944 encounters in the 2022 fiscal year. In 2021 a record number of 1,659,206 illegal immigrants crossed the southern border and Joe Biden secretly shipped many of those migrants to locations across the US.

When President Joe Biden took office he dramatically loosened restrictions along the southern border which created a humanitarian crisis, which reached a tragic epoch on June 28 as over 50 migrants were found dead, including two children, inside an 18-wheeler in San Antonio that was driven by a meth-addled trafficker. The bodies were packed with meat seasoning to disguise the smell.

Mules have also smuggled copious amounts of Fentanyl and other drugs across the southern border.

Joe Biden drastically slowed the prosecution of illegal immigrants by almost 80 percent in 2021 despite the historic drug and human trafficking along the border.

As Fox reports, there have been roughly 599,000 “gotaways” at the border in 2022, illegal aliens who fled after making it into the interior of the US.

98 suspected terrorists were arrested crossing the border in 2022 as well.