Biden to meet with Trudeau in Canada this March 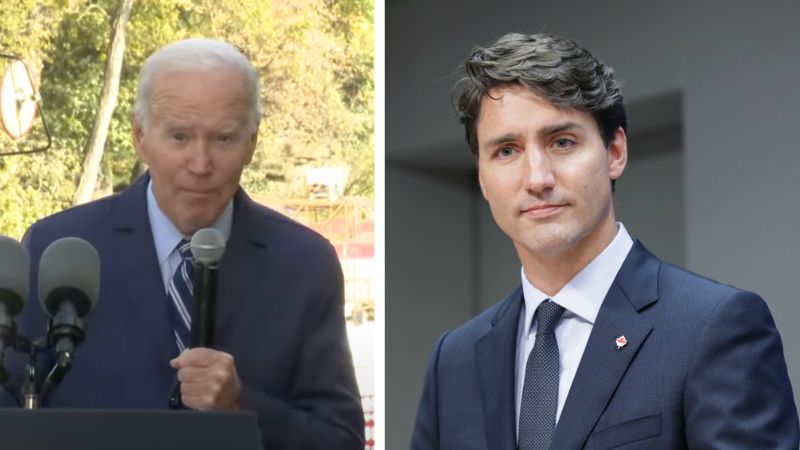 The White House has announced that President Joe Biden will be traveling to Canada in March to meet with Prime Minister Justin Trudeau.

The news was announced in a White House readout of Biden's January 10 meeting with Trudeau in Mexico during the North American Leaders' Summit (NALS), colloquially known as the “Three Amigos” summit. The President stated that “he looks forward” to the visit.

The NALS sees Biden, Trudeau, and Mexican President Andrés Manuel López Obrador meeting over the course of two days to discuss issues that are specific to the three nations.

Biden's meeting with Trudeau on the margins of the summit included discussions about their shared ambitious climate commitments and cooperation on security and defense. Also discussed were regional and global challenges such as Russia's war on Ukraine, instability in Haiti, and “irregular migration and forced displacement throughout the region.”

The discussions about the migration crisis focused on “expanding legal pathways and increasing refugee settlement,” positions for which the Biden administration has been heavily criticized.

The United States has seen a record number of migrants entering the country illegally under the Biden administration, despite the White House maintains that the borders are secure and that there isn't a crisis. The President's plan is to tackle this problem by making more migrants qualify as legal.

Another topic that was discussed was the recent election in Brazil and the subsequent rioting, offering their “steadfast support for democratic institutions in Brazil following the unrest over the weekend.”

The two leaders last sat down together in June, where they discussed, among other things, climate change, democracy, and the January 6 riots. “The friendship between Canada and the United States is deep,” Trudeau said at the time.

The last time Biden and Trudeau met, there was still a vaccine mandate in place to cross the Canadian border, whereby travellers were required to prove their vaccination status and register their trip on the notoriously-buggy ArriveCan app. This was suspended on October 1, though Canadian travellers still need to be vaccinated to enter the US.