Biden Says The Military Can Obliterate The Second Amendment 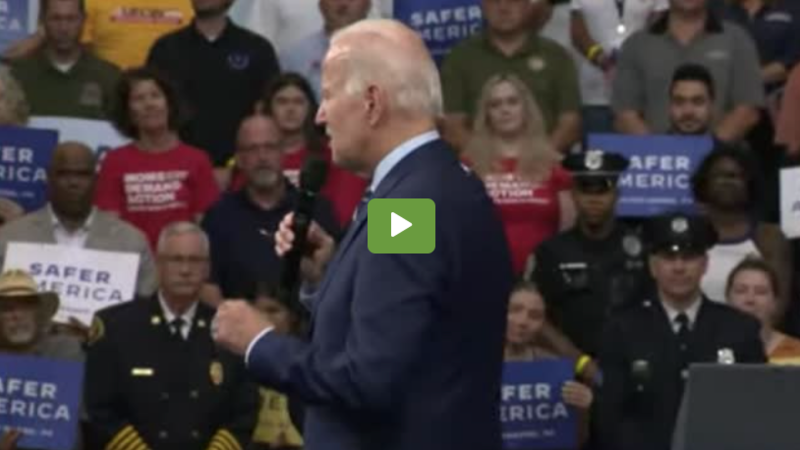 President Joe Biden said Tuesday while in Pennsylvania that “brave right wing Americans” who claim the Second Amendment is meant to fight back against a tyrannical government would be obliterated by the military.

Biden was speaking in Wilkes-Barre while promoting gun control and bolstering police forces across the nation. Biden pushed for a federal ban on so-called “assault weapons” and took aim at Republicans during his speech, invoking the late Supreme Court Justice Antonin Scalia.