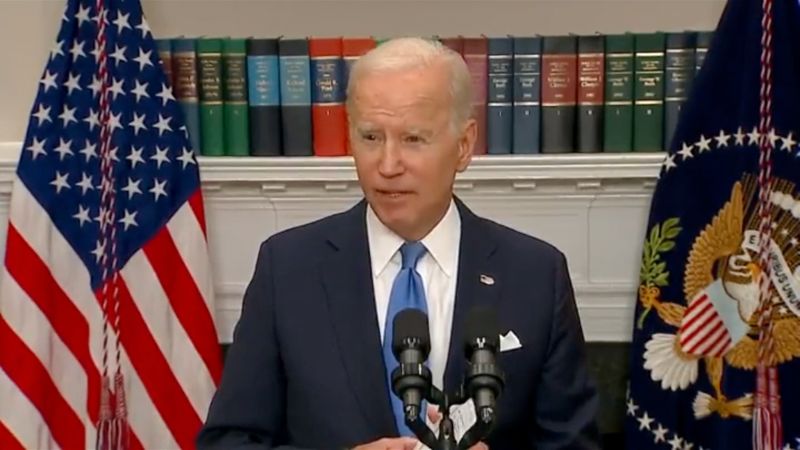 Speaking from the White House on Friday, President Joe Biden said that it was sabotage that caused the leaks in the Nord Stream I and Nord Stream II pipelines, which pump natural gas from Russia to Europe and acts as a major energy supply for the European Union.

According to CNN, Biden said, “Let me say this, it was a deliberate act of sabotage and now the Russians are pumping out disinformation and lies.”

On Tuesday, Swedish and Danish authorities reported three leaks in the pipelines running under the Baltic Sea from Russia to Germany, two in Nord Stream I, and another in Nord Stream II. Leaders of Denmark, Germany, and Poland have since come out suggesting the leaks were not accidental, but rather were likely the result of “sabotage” as they determined significant underwater explosions occurred directly before the pipes burst.

While Biden has said the US and allies will “get to the bottom” of who conducted the sabotage, the White House has had to deny that Biden was behind the pipeline explosions.

Multiple sources including, former Acting Director of the United States National Intelligence Richard Grenell, notes that Biden had previously said that he would “bring an end” to the pipeline if Russia invades Ukraine.

Biden said, “at the appropriate moment when things calm down, we’re gonna send the divers down to find out exactly what happened.”

Europe has grown dependent on the pipelines for energy in the wake of failed green energy initiatives. While Russia has been reducing the supply to the EU as its war in Ukraine rages on, officials have said Russia would be sabotaging itself if they caused the explosions.

In recent weeks Russia has escalated its assault in Ukraine in an effort to annex more territory.