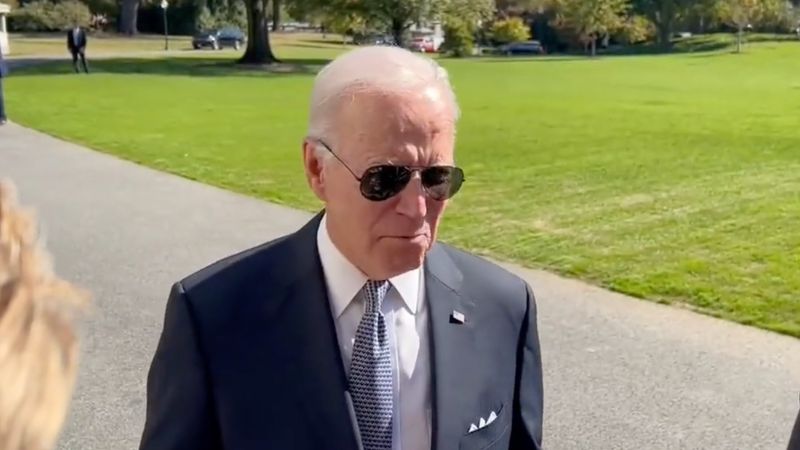 President Biden told Fox News correspondent Peter Doocy that he thinks crime is a “real issue” ahead of the midterms and that Democrats have “a great record on it” despite crime reaching record high levels during his presidency.

According to Time, “violence in major American cities still remains dramatically higher than it was before the pandemic. Homicide is down 2 percent so far in 2022 from 2021, but in 2021 it skyrocketed up 39 percent higher than 2019. Further, “Aggravated assaults and robberies both increased by 4 percent and 19 percent respectively. Property crimes also increased by 6 percent while larceny went up by 20 percent, residential burglaries rose by 6 percent and motor vehicle thefts jumped up by 15 percent.

While crime is up nationwide it is most pronounced in Democrat-led cities.

Crime is up 34.4 percent across New York City and has been surging at rates as high as 50 percent since 2020. NYC Mayor Eric Adams has said that the city has proven too crime-ridden even for illegal immigrants, many of whom absconded anywhere else while in transit to avoid landing in his metropolis. Nearly half of New York City workers that live in the city’s boroughs said in a recent survey that returning to work following the pandemic “isn’t worth it” due to the criminal lawlessness plaguing the city.

Portland, Oregon surpassed its all-time record for murders at 90 In 2021 and 2022 is expected to surpass that number with 66 homicides already reported. Portland is currently gripped in a homeless crisis like many other Democrat-led cities across the nation.

Portland along with American cities such as San Francisco, and Cleveland ranking high among Democrat-led metropolises that have become barren of human activity in the wake of record-high crime. Activity dropped by nearly 50 percent according to a study by the Institute of Governmental Studies at the University of California Berkeley.

Studies by MoveBuddha and data released by the real estate firm Redfin showed homeowners want to flee Democrat-led cities and move to safer locations, most of which are in Republican-led cities and states, such as Florida.

Former White House Press Secretary turned NBC Contributor Jen Psaki told host Chuck Todd and his panel in September that if the upcoming midterm elections are a referendum on Biden then Democrats will lose and that crime was a major issue in that decision.