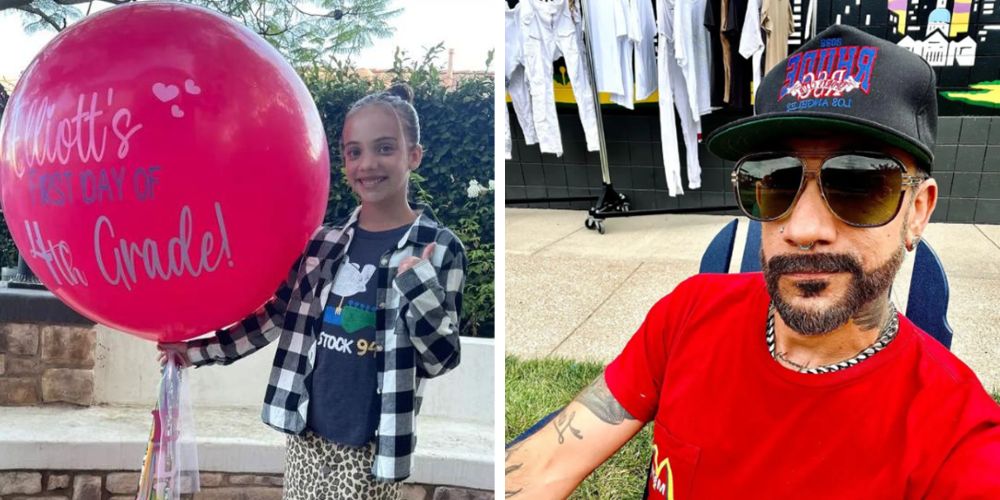 Backstreet Boys member AJ McLean is fully supportive of his 9-year-old daughter's desire to change her name from Ava to Elliot. News of the name change was first announced by McLean's wife Rochelle posted a back-to-school photo last month on Instagram that featured the child holding a balloon reading “Elliott's First Day of 4th Grade!”

In a recent interview with PEOPLE Magazine, McLean said that he and his wife Rochelle are behind her no matter what. “When my daughter asked to change her name to Elliott, initially, I didn't know if it was a transgender thing, which it is not, but it is a personal choice. And it is her body, it's her name, it's her everything. And she's still Ava. She'll always be Ava to me.”

“But at the same time, whatever reasoning it is, that's hers, and I'm going to support it a million percent, my wife will [too].”

This differed from a TODAY Show interview where McLean admitted that he was “a little taken aback” by his daughter’s decision to change her name, but he still gave the 9-year-old his full support.

The Backstreet Boys member said in the interview that his initial reaction to his child’s choice to go by Elliott instead of her birth name, Ava, was, “Well, this is new.”

“But I support my kids in whatever they want to do. So now Elliott is Elliott,” he continued.

He also said of his 5-year-old daughter Lyric, “[Elliott] did almost start this domino effect because then Lyric wanted to change her name to Ava. And I was like, ‘No. No. No. We’re not gonna do this.'”

Mclean said his daughter came to him and revealed she was unhappy with her name saying, “Dad, I just feel like my name is not that unique and not that original, and there's a lot of Avas at dance and a lot of Avas at school.”

“She just finished watching ‘Pete's Dragon', and she loved the name Elliot, but with two Ts. Now it just rolls off the tongue. Now she's Elliott.”

According to McLean’s wife Rochelle, the choice was “not a gender thing.” She said via her Instagram Stories Wednesday that “‘Ava' has changed her name quite a few times since she was about five.”

The 44-year-old former teen heartthrob also told PEOPLE that after competing on RuPaul's Secret Celebrity Drag Race he was “inspired” to “get FaceTite, a procedure where a plastic surgeon uses radiofrequency waves and liposuction to pull in loose skin,” after losing 30 lbs.