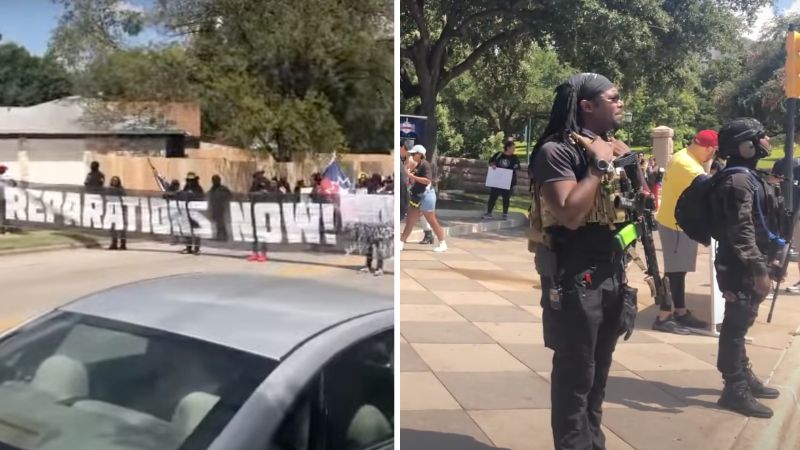 Armed black militants marched the streets of Austin, Texas on Saturday in a “Second Amendment Unity Walk” where they demanded reparations and that Joe Biden close the border.

According to the Daily Mail, chants and signs included “Reparations now!” and “Close the borders!” The demonstration was organized by The Elmer ‘Geronimo’ Pratt Pistol & Rifle Gun Club with other groups joining such as the Black Riders Liberation Party.

“What do we want? Closed borders! When do we want it? Now!”

The group marched to the State House and a speaker addressed the crowd giving their list of demands: “Reparations now, delineation, a stop to illegal immigration.”

“We need an anti-crime bill for black Americans.”

The demands went on to include that black Americans be granted a special Child Protective Services law like Native Americans with the Indian Child Welfare Act, which requires CPS to give special treatment to children who claim to be from an indigenous tribe.

“Republicans, do not dare to make the mistake of thinking you will get our vote just because we believe in exercising our Second Amendment.” the speaker exclaimed.

“Yes, I’m talking to you Ted Cruz, and Governor Abbott,” the speaker added. “Don’t think we are standing with you because we are against illegal immigration.”

Concerning reparations, one activist, Nick Bezzel said that if the US has the money for Ukraine that have it for “the children of the people who built this nation.”