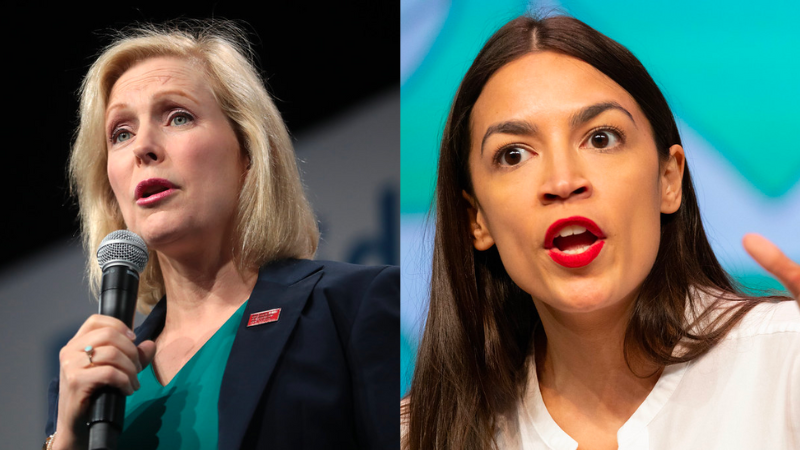 New York Sen. Kirsten Gillibrand, who just announced her intention to run for another term in 2024, may find a “credible challenge” in fellow Democrat Rep. Alexandria Ocasio-Cortez in the primary race, insiders say.

According to a New York Post report, the senator “could face a bruising” from the socialist congresswoman, or a “similarly far-left rival.”

“She could do it. Oh, my God, could she do it,” said New York City Democratic political consultant Ryan Adams of a potential Ocasio-Cortez senate run.

“If she ran for Senate the fundraising that would come in from all around the country would easily make her competitive. And nobody campaigns like her. Everyone would come out,” he added. “The apparatus that would spring up around her would be unstoppable. People would fly in from other states to volunteer with her.”

Gillibrand, who has served as the junior US senator from New York since 2009, launched her campaign for a third term last week.

Strategists aren't the only ones who may foresee a loss by Gillibrand to Ocasio-Cortez in the future. According to an anonymous ex-staffer of the senator, she could lose the Democratic primary easily.

“There are any number of state lawmakers, local officials and members of the delegation — including AOC — who could mount a very, very credible challenge and quite likely beat her,” the ex-staffer told the Post.

“She has done very little to cement that incumbency and the electorate is angry and she has done nothing to address the issues that matter — which are COVID, crime and job loss in New York State,” he added.

Despite all the chatter, Ocasio-Cortez on Thursday filed for re-election just months after winning another term in Congress.

According to the Post, Gillibrand's campaign has over $4 million, while Ocasio-Cortez's has more than $5.4 million.

Another insider said the NY District 14 representative was interested in running for Senate at a point in time, but didn't elaborate beyond that.

Even with the speculations, Gillibrand's spokesman says the team is confident.

“From making gun trafficking a federal crime to securing health benefits for 9/11 survivors and our veterans to bringing home millions of dollars to boost the economy, Senator Gillibrand has delivered for the people of New York. She’s confident New Yorkers will re-elect her,” said spokesman Evan Lukaske.