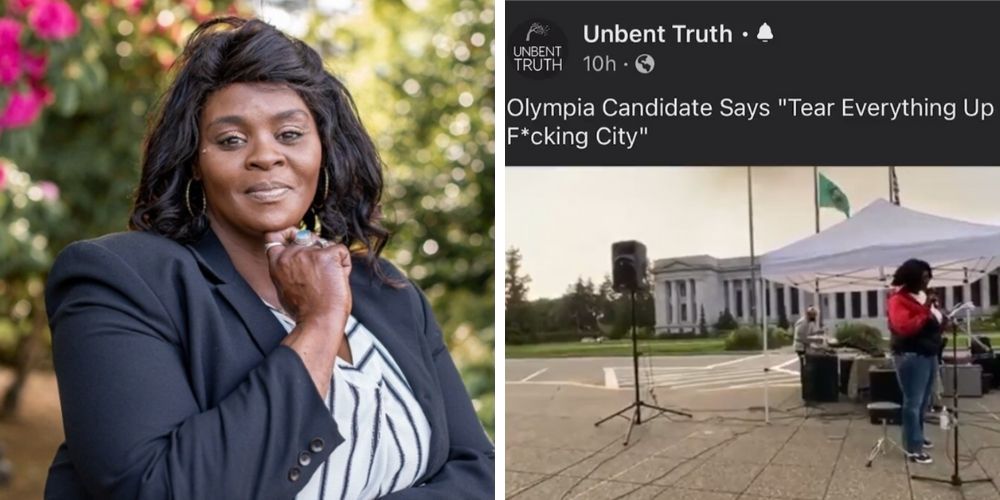 The Olympia, Washington School District board of directors has appointed anti-police activist and Antifa ally Talauna Reed to fill a director vacancy on the board.

Reed previously ran for an Olympia City Council position in 2021 but lost in the general election. She gained notoriety in July 2021 during the campaign at an event where she said, “F*ck the police” and encouraged people to “tear everything up in this f*cking city” until they get people’s attention.

“It amazes me how those pigs can sit over there to watch us peacefully talk about what we want [to] change in this state. It amazes me. And they don’t pay attention until we tear sh*t up. So, before I get started, tear everything up in this f*cking city until they do what we want them to do,” she also told the event attendees.

During the event, Reed was introduced by known Antifa activist Miguel Luis Lofland, who has organized violent anti-police protests and runs his own newspaper called Antifa News Network which is primarily used to call for violence against those whom he considers opposition to the Antifa movement. Lofland, who holds an “Antifa News Network” press pass, was previously revealed to have provided Reed with campaign interviews and footage of anti-police protests that she organizes in Olympia. Lofland was also used by Reed as her personal videographer.

The activist, who has an extensive history of organizing violent protests in Olympia and frequently calls on individuals to engage in political violence, has been arrested on multiple occasions at the violent protests.

In 2021, Lofland organized a group of Antifa militants to intimidate police officers and their families who were attending a law enforcement appreciation dinner in Bellevue, WA.

That same year Lofland led a group of Antifa militants dressed in their black bloc uniforms to obscure their identities where they then allegedly assaulted three young students at the Washington State Capitol.

According to the district, Reed “facilitates training in Cultural Diversity, de-escalation, restorative justice models, anti-racism and trauma-informed care across multiple organizations and in collaboration with other Thurston County providers. She facilitates meetings in the community where she educates audiences with tools for dismantling white supremacy in order to create a more equitable society.”

She was named a YWCA “Womxn of Achievement” in 2020 an award described by the organization “as a way to amplify and celebrate inspiring South Sound community members as part of its collective work to bring about racial and gender justice.”

Reed was appointed to fill a vacancy on the school board after another director tendered his resignation during a board meeting on June 9 and will be sworn in during the next board meeting on Oct. 27, filling the District 2 board director position.

The board announced in the last minutes of a meeting on Oct. 13 that they had appointed Reed to the position and noted that they are “looking forward” to working with her.