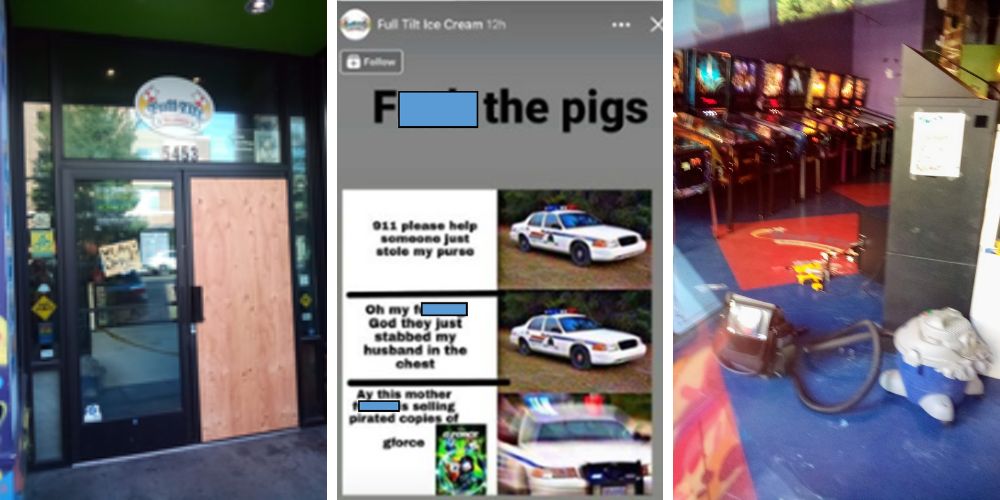 An anti-cop ice cream shop in Seattle called 911 to report a burglary at their location and then asked that the caller’s info not be disclosed.

According to a public disclosure request of the 911 call filed by The Post Millennial, on October 4 a burglary was reported at the Ballard location of the Full Tilt ice cream chain. Two males reportedly broke into the store, grabbed some items from inside, and then fled in a van which was allegedly stolen from a local school.

The van was spotted but not pursued. The Democrats in the Washington Legislature passed House Bill 1054 which took effect last year and prohibits police from pursuing suspects in vehicles unless there is probable cause that the suspect has committed a violent or sex offense or there is reasonable suspicion the motorist is driving under the influence. 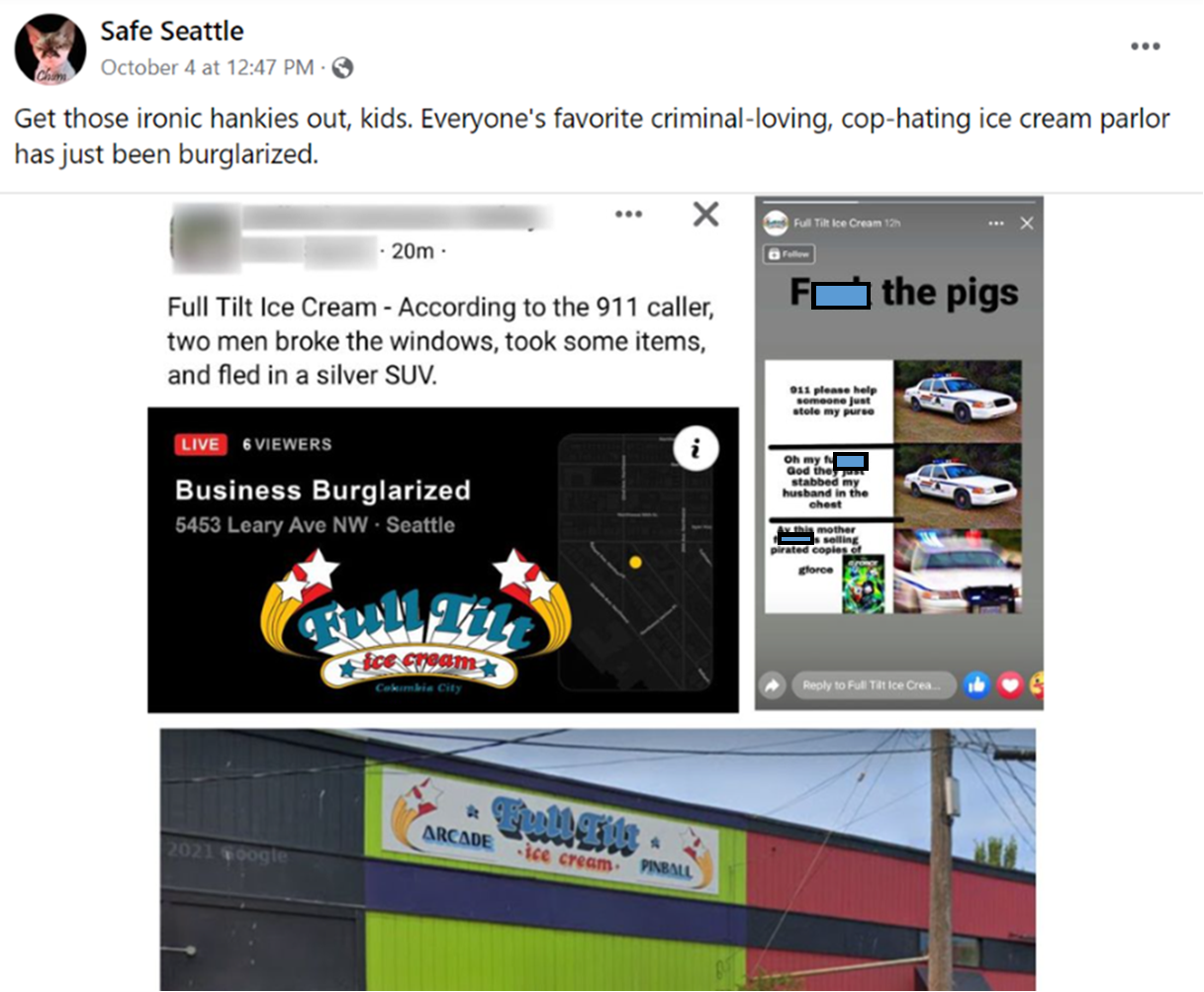 According to documents obtained by The Post Millennial, the vehicle allegedly used in the burglary was later found with its engine running and impounded. 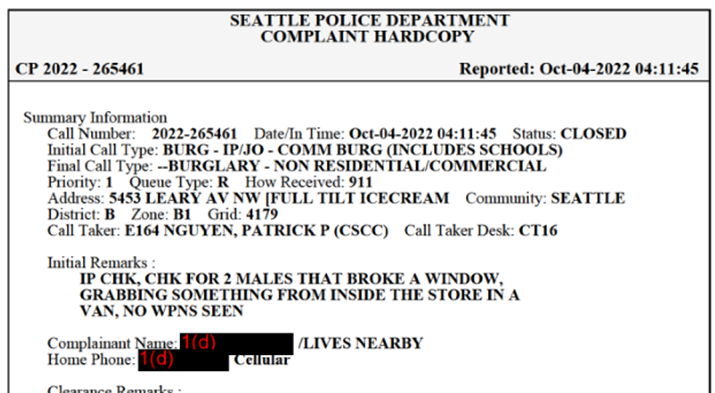 The caller’s information was not disclosed according to code 1(d), where the caller requested non-disclosure of their information according to RCW 42.560.240(2). The explanation given by the Seattle Police Department was that “The complainant’s, victim’s, or witness’s indication at the time of the complaint controls the determination whether to disclose.”

The chain has been politically vocal on social media for the far left since its inception and frequently posted anti-police rhetoric and memes, as well as support for the Black Lives Matter movement even while BLM activists were rioting and destroying stores in Seattle in 2020.

On the day the deadly Capitol Hill Autonomous Zone was established by armed activists from the organization, the chain called out Starbucks for not supporting the movement by allowing their employees from wearing BLM attire, even as the coffee chain's windows were being smashed regularly in the riots.

Crime has soared in the Emerald City in the wake of the Seattle City Council defunding the police department. Homicides, rapes, and other violent crimes are spiking and on track to break records.

Earlier this year when news broke that the Supreme Court would be overturning Roe vs Wade, it posted to its social media platforms, “In renouncing this fundamental right, which it had repeatedly recognized and reaffirmed, the Court has upended the doctrine of stare decisis, a key pillar of the rule of law,” and encouraged people to donate to their local abortion funds.

In May, the chain released a flavor called “Stout Your Abortion” and in September offered free milkshakes to customers who bring in proof of a vasectomy.

Full Tilt’s Owner Justin Cline told the White Center Blog at the time, “Ice Cream is supposed to be fun; when conceiving this flavor we didn’t set out to offend anyone. Most of our team and customers ARE deeply offended by children being locked in cages and the incessant harm caused by Trump on a daily basis. This isn’t just about removing Trump, this is meant to be one small gesture of encouragement for America’s lawmakers and leaders to continue to do the right thing. Bad things happen when good people do nothing. This is about honoring the ‘something’ that is finally being done.”

The far-left causes and candidates the owners have supported have created a rise in the cost of living, which includes rent skyrocketing in the city, while the quality of life declined. The chain's Capitol Hill location was forced to close in December 2019.