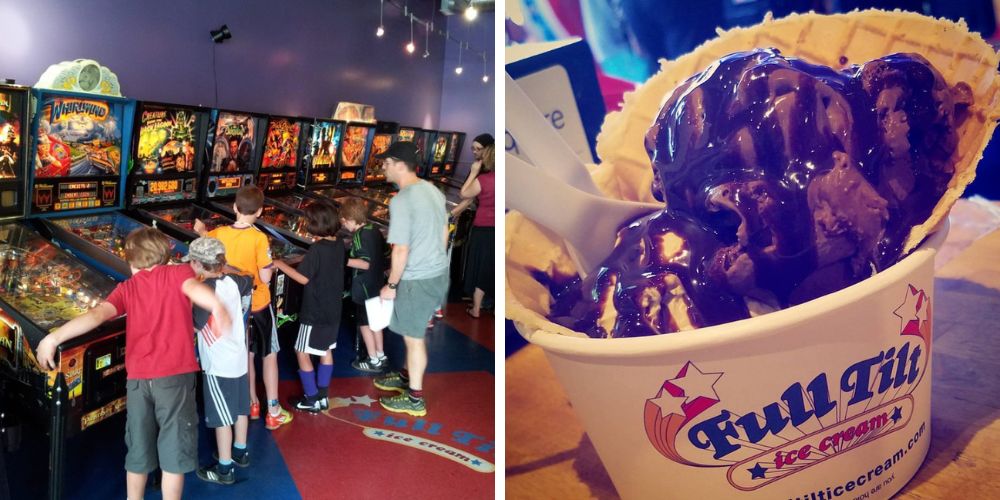 “This is hard to write, but we just found out that our landlord is not going to renew our lease. After over 12 years in Ballard, our last day will be Jan 29th. Our White Center and Columbia City stores will remain, but sadly, we are going to say goodbye to Ballard for now.”

On October 4, the anti-cop ice cream shop called 911 to report a burglary at the Ballard location and then asked that the caller’s info not be disclosed.

According to a public disclosure request of the 911 call obtained by The Post Millennial, two males reportedly broke into the store, grabbed some items from inside, and then fled in a van that was allegedly stolen from a local school.

The van was spotted but not pursued due to House Bill 1054 passed by the Democrat-controlled state legislature and signed into law by Democrat Governor Jay Inslee which took effect last year and prohibits police from pursuing suspects in vehicles unless there is probable cause that the suspect has committed a violent or sex offense or there is reasonable suspicion the motorist is driving under the influence.

The vehicle was found later, abandoned with the engine still running.

The owners of the chain have advocated on social media for far-left causes since they began the business and frequently post anti-police rhetoric and memes, as well as support for the Black Lives Matter movement even while BLM activists were rioting and destroying stores in Seattle in 2020.

On the day the deadly Capitol Hill Autonomous Zone was established by armed activists from the organization during the riots that rocked Seattle in 2020, the chain slammed Starbucks for not supporting the movement by allowing their employees from wearing BLM attire, even as the coffee chain's windows were being smashed regularly during the riots.

Crime has soared in the Emerald City in the wake of the far-left Seattle City Council defunding the police department.

The far-left causes and candidates the owners have supported have created a rise in the cost of living, which includes rent skyrocketing in the city, while the quality of life declined. The chain's Capitol Hill location was forced to close in December 2019 and the University of Washington location closed a year later.

Last year when news broke that the US Supreme Court would be overturning Roe vs Wade, Full Tilt posted to its social media platforms, “In renouncing this fundamental right, which it had repeatedly recognized and reaffirmed, the Court has upended the doctrine of stare decisis, a key pillar of the rule of law,” and encouraged people to donate to their local abortion funds.

In May 2022, the chain released a flavor called “Stout Your Abortion” and in September offered free milkshakes to customers who bring in proof of a vasectomy, and in 2019 the chain introduced “Peach Mint” celebrating the impeachment of former President Donald Trump.

Following the closure of the Ballard location at the end of the month, only two of the shops will remain, one in White Center and another in Columbia City.

Businesses have continued to flee Seattle, especially in the downtown core of the city, due to the crime, high cost of rent, and low foot traffic in the wake of the Covid pandemic. On Tuesday, the downtown Nike store announced it would close at the end of the month.

The Downtown Seattle Association told KOMO News in response to the closure, “For several years, retailers have been evaluating changing needs for space and scale. We’ve seen that in urban areas since before the pandemic. We never like to see a downtown retailer choose to close and Niketown has been a great part of our retail mix through the years. We are excited about several newcomers who have opened their doors in recent months with more on the way. To help foster their success we need to ensure a safe and welcoming environment, something that’s been improving in downtown and is top of mind for our city leaders.”

The association estimated that approximately 500 street-level businesses closed and only 300 new businesses opened in downtown Seattle since the start of the closures in response to the pandemic in March 2020.