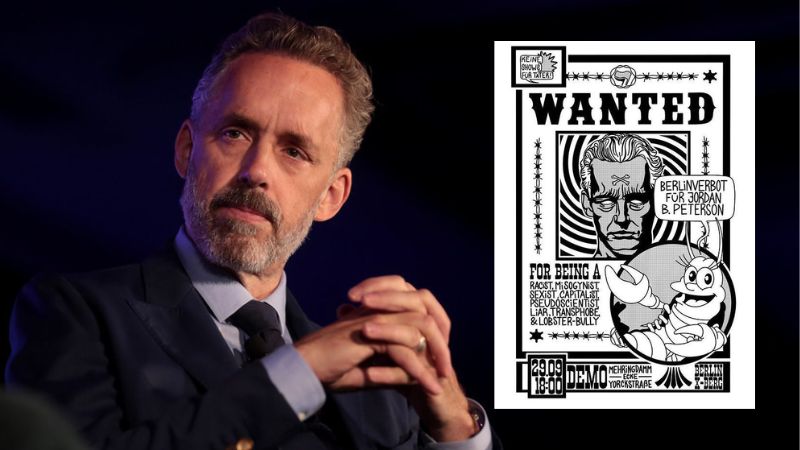 For weeks, Antifa members in Germany have been organizing to shut down a sold-out Jordan Peterson event in Berlin being hosted at a venue in the heart of their neighborhood.

Peterson is scheduled to speak at the Tempodrom on Thursday, Sept. 29. The venue is in the Friedrichshain-Kreuzberg borough of Berlin, an area infamous for its violent far-left politics and Antifa organizing. Far-left protest-turned-riots occur there nearly every year on May Day. Law enforcement officers are also routinely assaulted and injured when trying to clear the illegal anarchist-communist squats and encampments that sometimes line the neighborhood. 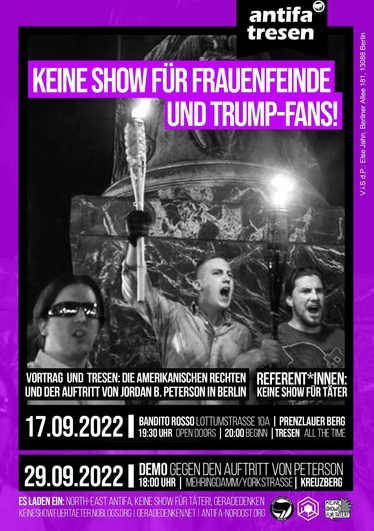 “Peterson has been supplying a mob of misogynist and neo-Nazis with ideology for years,” reads a post in English by the “North East Antifa, Berlin” Twitter account. “No show for sexists and racists!” The account posted multiple flyers for their anti-Peterson training and direct action events. One flyer used a photo of Unite the Right Charlottesville participants. 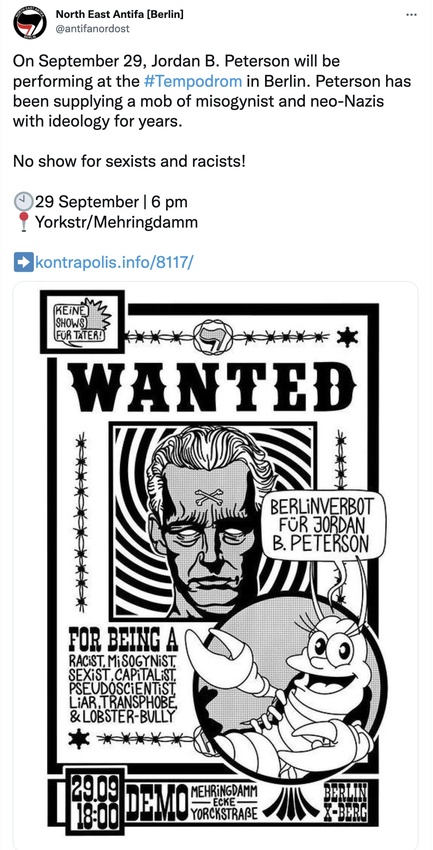 As Peterson embarks on his European tour, which had been postponed because of Covid-19, Antifa groups in multiple countries have organized counter direct actions, though none have turned violent so far. On Saturday, a small group of Antifa members protested his event in Amsterdam without incident.

However, Peterson’s event in the Kreuzberg neighborhood is seen as a particular provocation to German Antifa, and they have already had a training date on Sept. 17 to plan how to stop him. That training event was held at the Bandito Rosso, a far-left bar and training space. 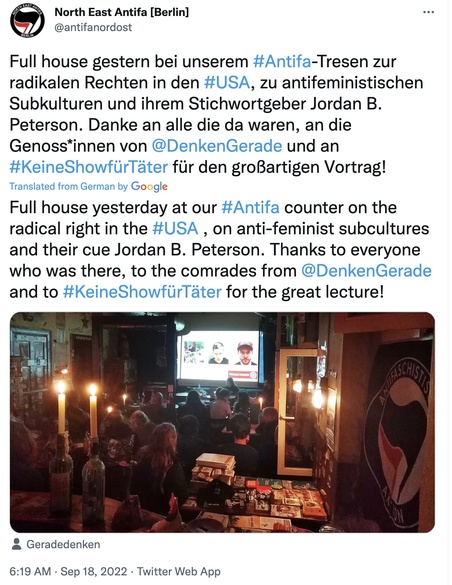 Antifa’s direct action is planned for 6 pm on Sept. 29 at the corner of Mehringdamm and Yorckstrasse in Berlin—about a 20-minute walk from the venue. The far-left organizations listed on the flyers are North East Antifa, Keine Show für Täter and Geradedenken.

This article was originally published on Ngo’s Locals account.