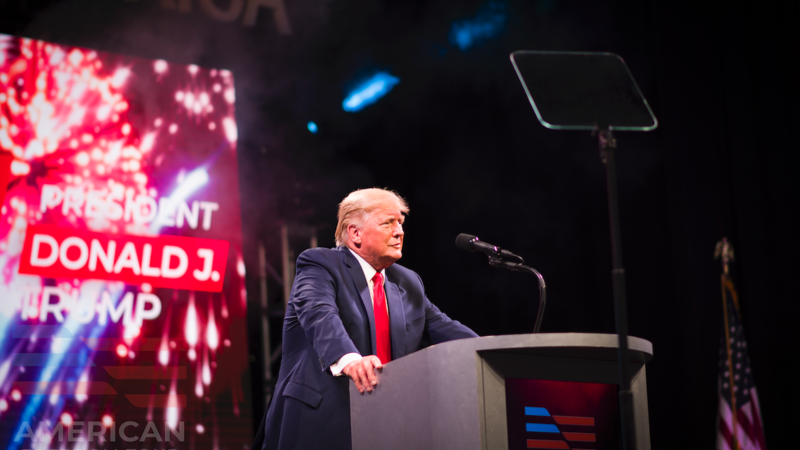 This week, the American Freedom Tour announced its next major event will be held in Austin, Texas on May 14.

President Donald Trump will headline the event, after opening the last two incredibly successful American Freedom Tour rallies. With Trump taking the stage in the conservative stronghold of Texas and limited seating, tour organizers predict tickets will sell out fast.

In addition to the popular former President, the American Freedom Tour announced another impressive roster of conservative speakers, including Donald Trump Jr., Kimberly Guilfoyle, Mike Pompeo, Dinesh D’Souza and many, many more.

Only 5,000 seats are available. Seating is limited and the event will fill up fast.