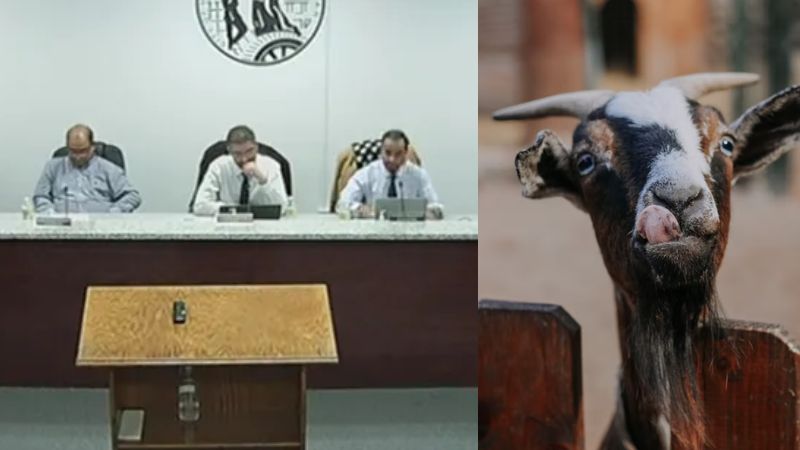 Hamtramck, Michigan's city council voted on Tuesday to allow the religious sacrifice of animals on residential property, which is common practice during the holiday of Eid al-Adha. Hamtramck has among the highest Muslim populations in all of the US, and also has an all-Muslim city council.

The city council voted 3-2 in favor of the change, with Mayor Amer Ghalib casting the tie-breaking vote to allow religious sacrifices of animals at home. Residents will be required to notify the city of a sacrifice, pay a fee, and make their property available for inspection.

“If somebody wants to do it, they have a right to do their practice,” Councilman and Mayor Pro Tem Mohammed Hassan said, according to the Detroit Free Press.

Animal rights advocates opposed to the ordinance changes said that it will lead to more animal abuse and sanitation problems and that they fear residents will be traumatized by seeing goats, lambs and cows have their throats slit in backyards.

Supporters say that the new ordinance goes along with state and federal laws that protect their religious liberties under the US constitution. A Supreme Court decision 30 years ago ruled that t cities could not ban animal sacrifices practiced by followers of Santeria.

Jewish communities are also known to perform animal sacrifices, “including a group of Orthodox Jews who travel to Hamtramck every year on the eve of Yom Kippur to slaughter chickens at a halal butcher run by Muslims,” writes the Detroit Free Press.

Ghalib noted that not allowing animal sacrifice by Hamtramck residents would lead to lawsuits against the city for these reasons. “The city attorney also said the ordinance changes are legal and that banning sacrifice could risk lawsuits,” the Free Press notes.

One City Councilwoman Amanda Jaczkowski, who previously opposed allowing the practice, changed her position on Tuesday's vote. She initially said that most people, “including the majority of Muslims that I know, do not want slaughter to be allowed in the city of Hamtramck.” On Tuesday, she said that she does not want to risk the city being sued.

The current animal ordinance in Hamtramck reads as though it bans religious slaughter: “No person shall slaughter any animal in the City except for properly licensed commercial facilities in the business of food preparation or police in the course of their duties or as permitted by law.”

This is not the first time that Hamtramck's Muslim population has clashed with other residents. Tuesday's meeting also saw some objection to the city flying Pride flags.