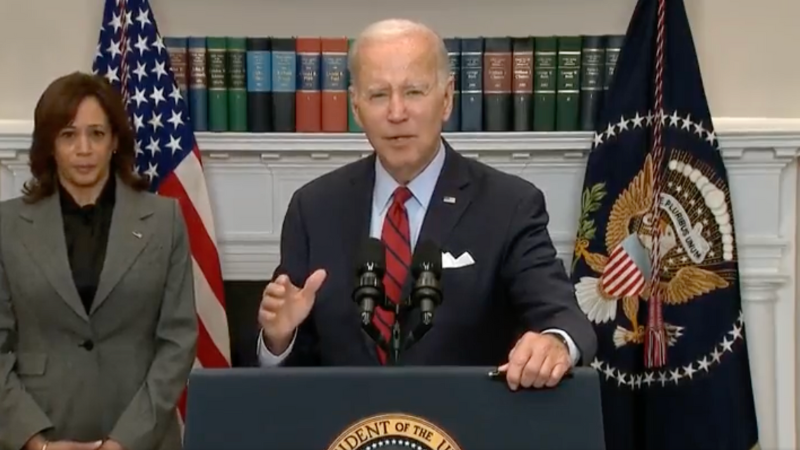 On Thursday it was revealed that an additional classified document was discovered at Biden’s Wilmington, Delaware residence.

The document was reportedly found in an adjacent room next to the garage, where a second batch of documents was revealed to have been found.

“During the review, the lawyers discovered among personal and political papers a small number of additional Obama-Biden Administration records with classified markings. All but one of these documents were found in storage space in the President’s Wilmington residence garage. One document consisting of one page was discovered among stored materials in an adjacent room,” the statement added.

Fox News confirmed that the third discovery consisted of a single document, with a senior official at the Department of Justice confirmed that detail.

This third discovery comes after at least 10 documents were found at Biden’s Penn Biden Center office in Washington DC in November, as well as additional documents found in his garage.

Biden was asked about the second discovery on Thursday morning, telling Fox News’ Peter Doocy “my Corvette is in a locked garage, okay,” referencing the garage where the documents were found.