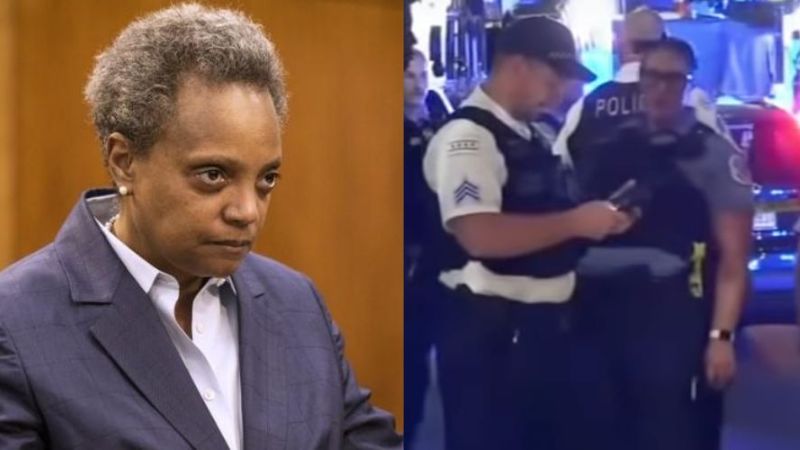 Mayor Lori Lightfoot's Chicago has had another weekend of violent crime as at least 31 people have been shot and 6 killed over the weekend.

According to local ABC news, the weekend kicked off on Friday with a 13-year-old boy who was shot in the ankle in a drive-by shooting as he was walking with a friend in his South Austin neighborhood. He survived his injuries but the police have no suspects.

This weekend's violence in the Windy City follows one of its most deadly of the year last weekend, as nine died from gunshots and over 60 people were hit, including three children ages 3, 10, and 14.

On Friday night, two more, a man and a woman, were critically injured from bullet wounds while driving. The pair were coasting along when another car sidled up and started blasting, hitting the man in his body and striking the woman in her face and neck. They drove themselves to the hospital and there are no suspects.

On Saturday around 1:26 am, a man was shot dead in the Rogers Park neighborhood of the 7100 block of North Clark Street. He was with another man when another group of men approached and unloaded, hitting a 37-year-old in the chest, killing him, and striking the other man in the abdomen and back.

About 30 minutes later a man was shot at a small get together at the 11800 block of South Hale Avenue. His body was riddled with bullets as his assailant starting shooting and he was pronounced dead on the scene.

At virtually the exact same time in a different part of town another man at a gathering was shot and killed.

Later that night, around 4 am, authorities found a dead man in the street after having been shot in the chest and left for dead.

Many more shootings happened from Saturday leading into Sunday where two more men were shot and killed. Both men were shot in the head, one inside and one in front of a Lawndale neighborhood home.

Chicago has seen a dramatic rise in violent crime since 2020. The already crime ridden city experienced a 100 percent increase of fatal shootings between 2020 and 2021, to which Lori Lightfoot pushed for more public housing and holistic services as the solution.

In 2021 more children died of gunshots than Covid in Chicago.