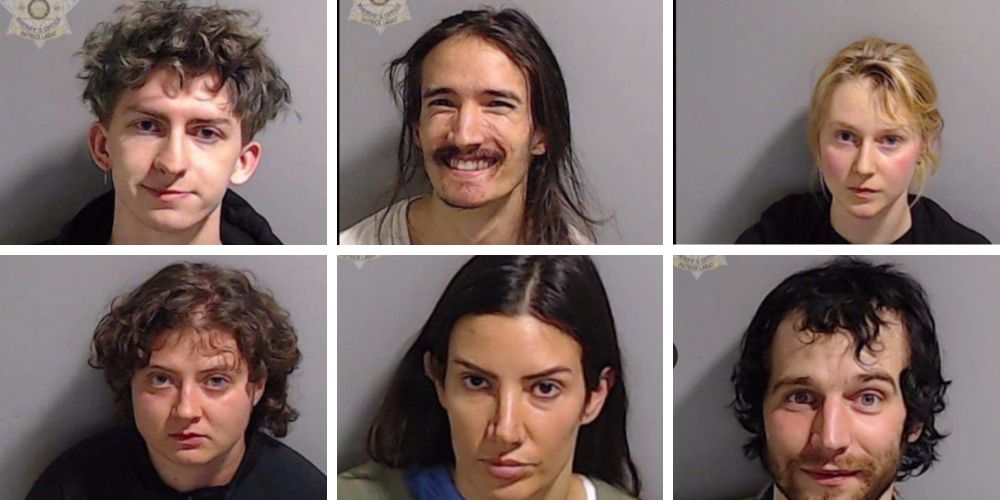 Four of the six suspects arrested during an Antifa riot in downtown Atlanta Saturday night were denied bond.

During a Monday morning hearing, a Fulton County Court judge denied bond for Francis Carrol, 22, of Kennebunkport, ME;  Madeleine Feola, 22, of Spokane, WA; Nadja Geier, 24, of Nashville, TN; and Emily Murphy, 37, of Grosse Isle, MI, according to Fox 5.

20-year-old Graham Evatt of Decatur, Georgia, and 23-year-old Ivan Ferguson of Nevada were granted a bond of over $355,000. As conditions of their bond, Evatt and Ferguson will have a 24-hour curfew with the exception of school, work, meeting with their attorney, or attending a religious service and will be required to wear an ankle monitor provided by Fulton County.

They are prohibited from having weapons or any contact with any of the other suspects with the exception of Geier, whom authorities claim is in a relationship with Ferguson.

The six are charged with four felonies and four misdemeanors including rioting, pedestrian in a roadway, willful obstruction of a law enforcement officer, and unlawful assembly.

On Saturday night, Antifa members in Atlanta threw rocks at and lit fires outside of the Atlanta Police Foundation after the now-suspended Atlanta Forest Twitter account called for a “night of rage” following the fatal shooting of one of their members, 26-year-old Manuel Esteban Paez Teran.

According to the Georgia Bureau of Investigation, Teran was killed by authorities after he shot a state trooper who was part of an operation on Wednesday to clear out the Antifa-occupied autonomous zone where the Atlanta Police Department Training Facility is set to be built.

The Bureau released a picture of the gun the agency said they found on Teran on Friday and authorities said ballistics matched that gun to the bullet that wounded the trooper.

During the Saturday night riot, at least three businesses were damaged when rioters threw bricks and rocks shattering windows and a police car was set on fire. Authorities said some of the rioters that were arrested had explosives on them when they were arrested