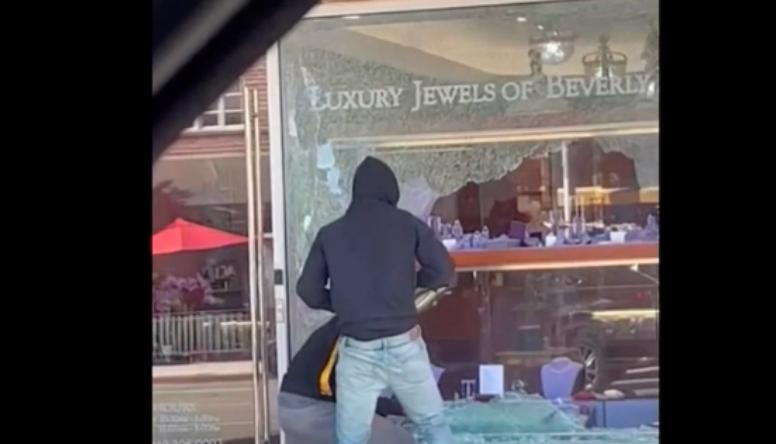 A federal grand jury indicted three men Wednesday in connection to a smash-and-grab robbery of over $2.6 million worth of merchandise from a Beverly Hills, California jewelry store.

The indictment, filed in Los Angeles, charges Jimmy Lee Vernon III, 31, Ladell Tharpe, 37, and Deshon Bell, 20, with conspiracy and interference with commerce by robbery, according to a statement from the US Attorney’s Office.

According to the indictment, the three defendants along with other co-conspirators on March 23 drove “in tandem” in three separate vehicles from Long Beach to Beverly Hills.

“Once outside the victim jewelry store, Vernon and other co-conspirators allegedly got out of a Kia vehicle, smashed the store’s exterior glass cases multiple times, and then stole merchandise worth at least $2,674,000,” the statement said.

The Kia vehicle used in the incident had also been reported as stolen just days before the smash-and-grab took place.

“Vernon and the others then ran out of the store to a nearby alley, leaving behind their Kia vehicle – which had been reported stolen out of Long Beach four days before the robbery, according to an affidavit filed with a criminal complaint in this case,” the statemented continued.

While the suspects allegedly committed the crime, Vernon’s cell phone fell out of his pocket, leaving it to be later recovered by law enforcement, the affidavit states.

Bell allegedly waited in a car near the victimized store, and acted as the getaway driver for his co-conspirators.

The defendants allegedly made out with approximately 19 bracelets, seven pairs of earrings, four necklaces, a pair of obelisks, eight rings, and 20 watches, according to the attorney’s office statement.

Two days after the robbery took place, Tharpe posted several photos showing large stacks of money to his Instagram page, along with a message praising his “robbery gang,” according to the indictment.

If convicted of both charges, federal prosecutors noted that each defendant would face up to 20 years in prison for each count.

An additional juvenile suspect, who was not charged in the federal indictment, was also arrested in connection to the crime and charged with commercial burglary.