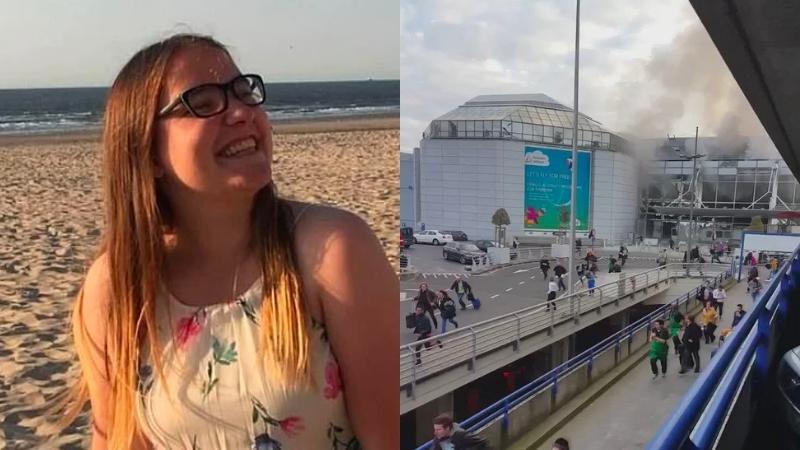 A 23-year-old woman who survived the deadly 2016 Brussels airport bombing carried about by ISIS was euthanised due to the severe mental health issues she suffered as a result of the terrorist attack, her mother revealed earlier this week.

Shanti De Corte, then 17, was about to head off on a school trip to Italy from the Zaventem, Belgium airport on March 22, 2016, when two Islamic State sucide bombers detonated nail bombs in the departure hall. The teenager managed to survive the explosions, which claimed the lives of 32 people and injured over 300, without sustaining any injuries. However, her mental wounds ran deep, according to a Daily Mail report.

De Corte sought help for her depression and PTSD at a psychiatric hospital in her home town of Antwerp. Even with rehabilitative efforts including anti-depressant medications, the young woman attempted suicide twice, once in 2018 and another time in 2020.

Her mother, Marielle, recently broke the news that her troubled daughter opted to be medically euthanized earlier this year. After two psychiatrists approved her request, De Corte died on May 7 of this year.

“That day really cracked her, she never felt safe after that,” Marielle said to the Belgian outlet VRT.

“She didn't want to go anywhere where other people were, out of fear. She also had frequent panic attacks and she never got rid of it.”

“Shanti has always hoped for a liveable life,” Marielle continued. “But it was a battle she couldn't win. She was so limited by her fear that she couldn't do what she wanted to do. She lived in constant fear and completely lost her sense of security. When Shanti came out, she was always alert. Am I in no danger? Could something happen? She never rested outside.”

The mother said that after her daughter ended up in the emergency room following a suicide attempt, she wanted to support her wish to die.

“That was the first time she asked me: ‘why can't I just die?' I then told her that I did not want to lose her, but that I understood her question in some way. Then she made the click that she wanted to say goodbye to her family and friends and not just want to take her own life,” Marielle recalled.

“Something like this is really very difficult, but at that moment it is the only thing you can do for your child as a mother. Be there for her and try to support her… I felt from the start that this was really what she wanted, I realized very well that the way Shanti has had to live in recent years is to survive, that that was not an option to continue like this to live.”

De Corte also voiced her mental health struggles on social media, writing in one post: “I get a few medications for breakfast. And up to 11 antidepressants a day. I couldn't live without it.”

“With all the medications I take, I feel like a ghost that can't feel anything anymore. Maybe there were other solutions than medications,” she wrote, seemingly pointing towards death as a solution.

One of the troubled girl's school psychologists confirmed her patient's severe PTSD, telling Belgian television network RTBF: “There are some students who react worse than others to traumatic events. And having interviewed her twice, I can tell you that Shanti De Corte was one of those fragile students.”

According to RTBF, De Corte asked the psychiatric hospital she was referred to by her school psychologist to euthanize her due to “unbearable psychiatric suffering.”

Euthanasia has been legal in Belgium since the 2002 Belgian Euthanasia Act, which permits euthanasia for adults who experience “constant and unbearable physical or mental suffering that cannot be alleviated.”

De Corte was euthanized on May 7, 2022, “surrounded by her family,” the report said.

In one final social media post written on the day she died, Shanti said: “I was laughing and crying. Until the last day. I loved and was allowed to feel what true love is. Now I will go away in peace. Know that I miss you already.”

Despite euthanasia being legal in the country, the case is still in the air as Antwerp prosecutors began an investigation after receiving complaints from a neurologist at the UZC Brugman academic clinical hospital in Brussels who claims the decision “was made prematurely.”

The Federal Commission for the Control and Evaluation of Euthanasia had no concerns over De Corte's case, but Dr. Paul Deltenre argued that there were other treatment options available that were not tried before reaching the drastic last resort.