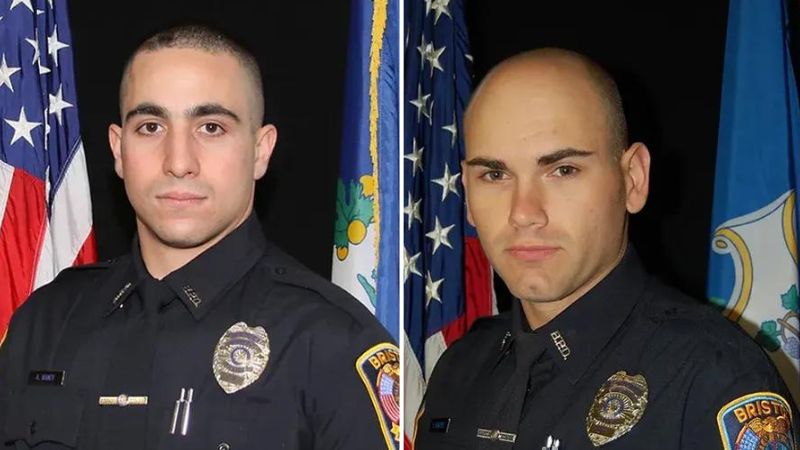 Three police officers were shot, two fatally in Bristol, Connecticut on Wednesday around 11 pm after a 911 call reported a domestic violence incident between two brothers.

According to local ABC News, one of the brothers was waiting outside when police arrived and immediately started opening fire with an AR-15-style weapon. Authorities suspect that the 911 call may have been phony in an attempt to lure and ambush the responding police.

The Bristol Police Department was responding to a 911 call detailing two brothers quarreling and one started shooting as soon as police arrived, killing two and wounding one. That suspect was shot and killed on the scene and the other brother was wounded.

35-year-old Sgt. Dustin Demonte and 34-year-old Alex Hamzy were identified as the slain police at a Thursday press conference by Bristol Police Chief Brian Gould. Alec Iurato, the third officer, is alive and has had surgery at a local hospital for a severe gunshot wound.

According to local news, Chief Gould said, “Words cannot express the sadness and grief that brings me before you this morning. Sadly, we lost two exceptional Bristol police officers, and a third was seriously injured as a result of senseless violence.”

Hamzy is survived by his wife Katie and Demonte by his wife, Laura, and two children. Demonte’s wife is pregnant with what would have been his third child.

“This is a devastating reminder of the dangers that police officers face every day to protect our families and neighbors from all kinds of situations. These officers are heroes and will always be remembered for the honorable service they provided to their town and their state,” said Connecticut Governor Ned Lamont, who ordered flags, both US and state, to be lowered to half staff across the state.